View basket “Imperial Stout 7.0%” has been added to your basket. 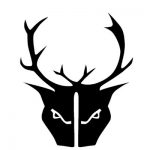 Barleywine + Somerset Cider Brandy + 3 years in barrel
3 years soaked in our Marc de Bourgogne barrel
First Brewed as part of the 2013 Barrel Trinity this is the raconteur that didn’t see the light of day and has been biding it’s time in barrel for over 3 years maturing in complexity and elegance. Raconteur suitably means ‘the story teller’ and with its extended time in exile it has developed to become one serious barrel-aged barley-wine!
First time round the beer was based around a beautiful Marc de Bourgogne barrel which was 25 years in the soaking. This blend has seen a mixture of Burgundy Wine barrels and Somerset Cider Brandy barrels with the latter being the focus of the blend. 3 years in our barrels have provided an decadent oaky texture whilst also enhancing all of the toffee and caramel malt favours. The Cider Brandy barrels lend hints of brandy heat with smooth, rounded apple notes.