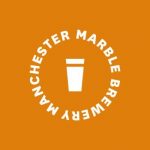 Named after a classic car owned by the boss’s father, Lagonda has been a house beer since 1997. The beer was originally designated an IPA but we feel pale ale better reflects current beer definitions. Pale in colour, the malts provide a sturdy body on which is built a citrus and floral hop character.